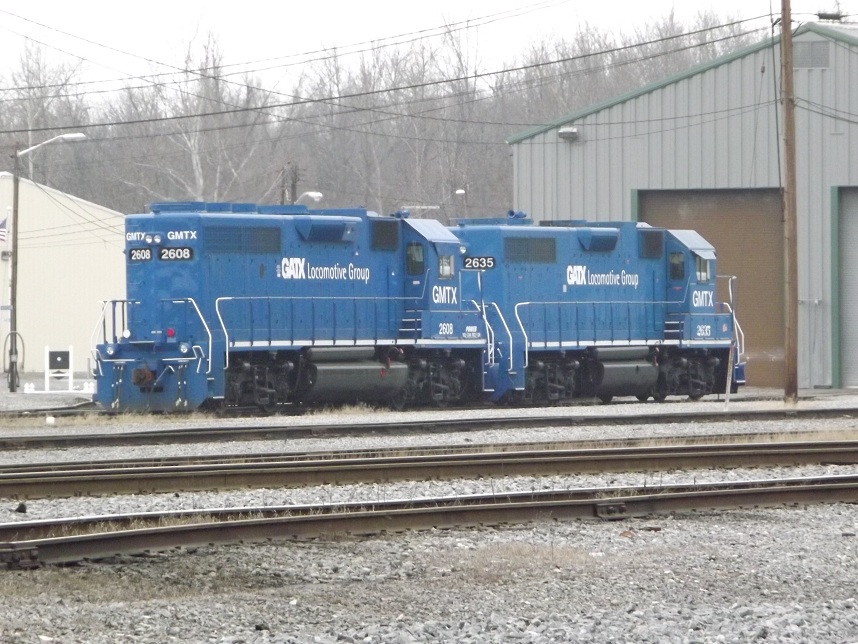 GMTX 2608 and GMTX 2635 sit in front of the PAL engine house in Paducah. Both units would be used on the PAL for a few more weeks. In February they would be shipped by way of the BNSF to the EVWR for use on their railroad. An unidentified PAL unit in the 381X series was parked on the other side of the units. 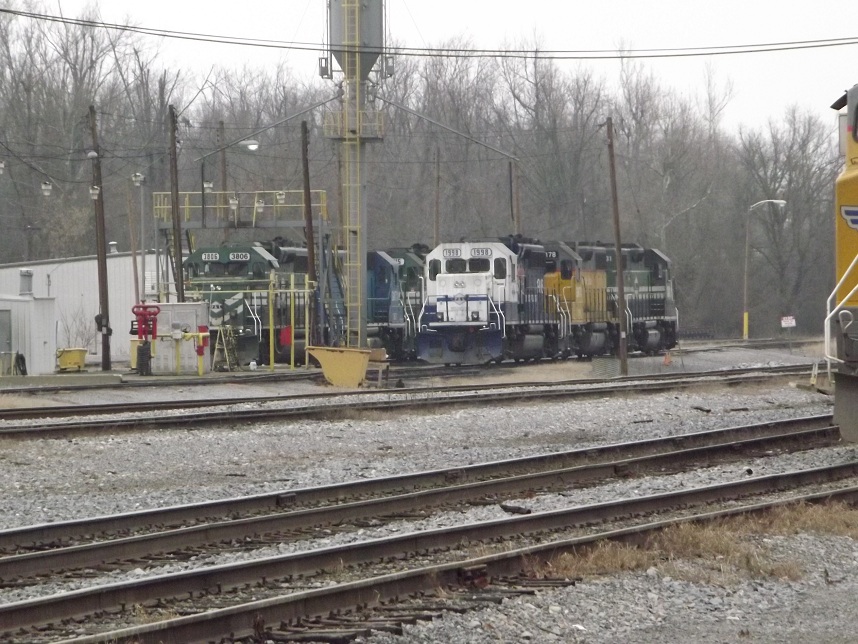 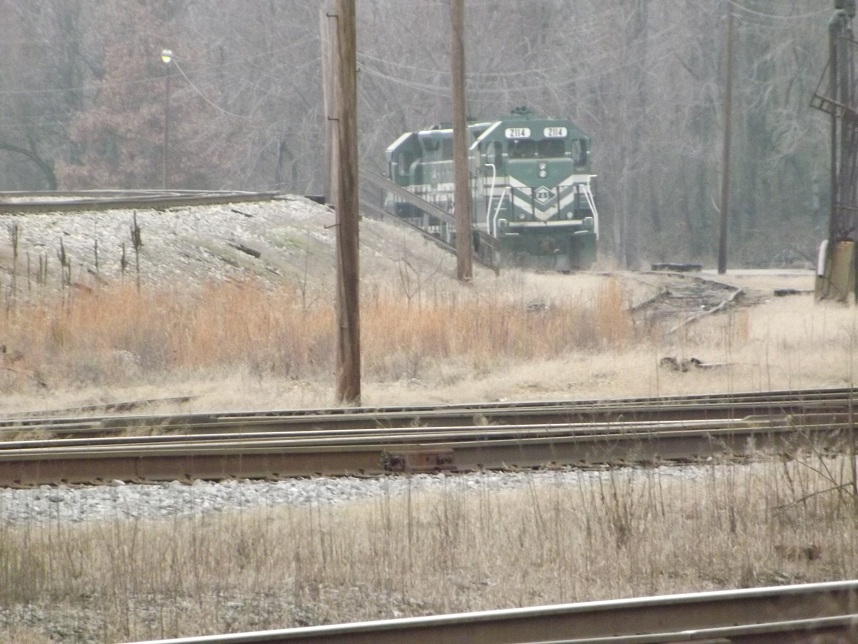 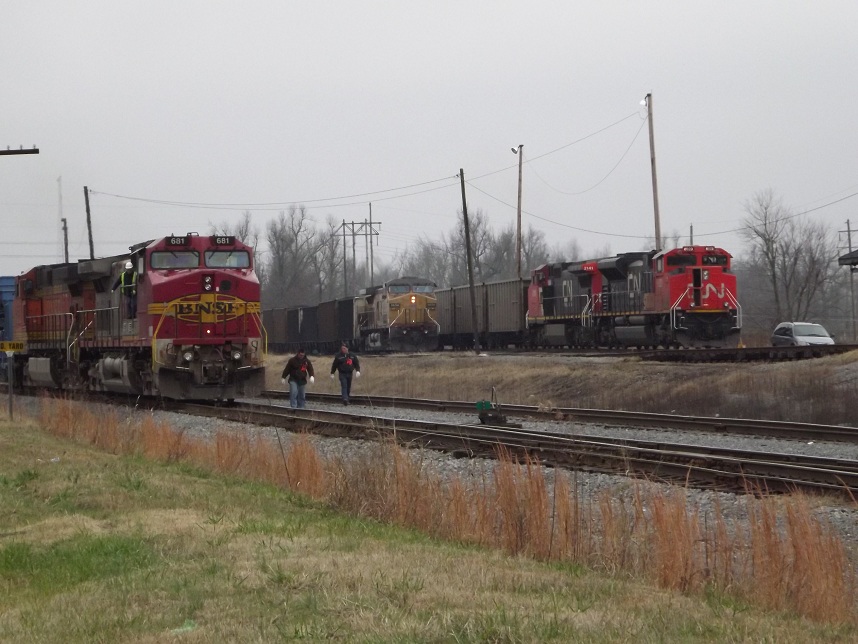 Train crews preparing to depart Paducah’s south yard. The BNSF crew is walking across the yard lead and the CN crew is already aboard there train. The UP train is parked in track 15 the CN is in16 and the BNSF crew is on 1A south. This side of the switch is 1a North and there is another UP train parked there. 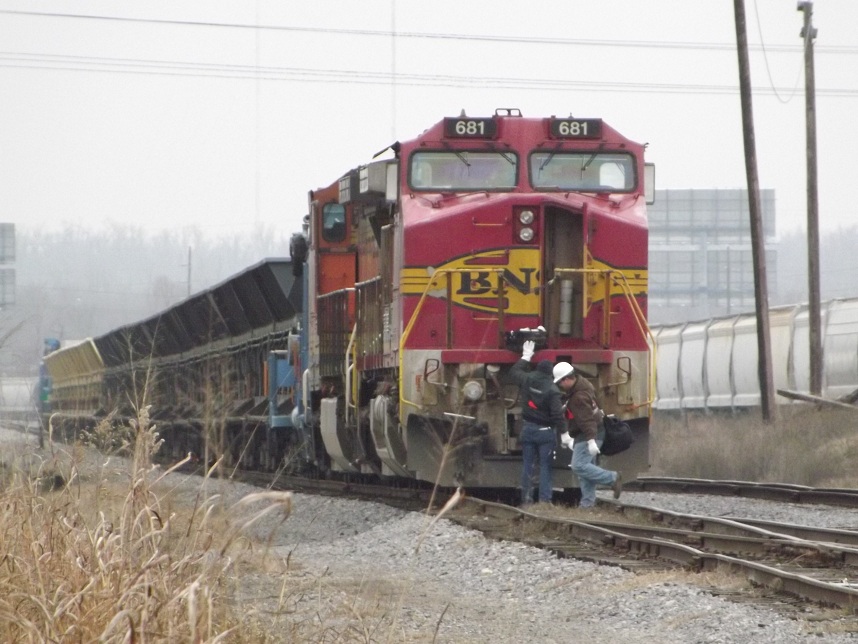 A better look at the BNSF train on 1A South, south yard. 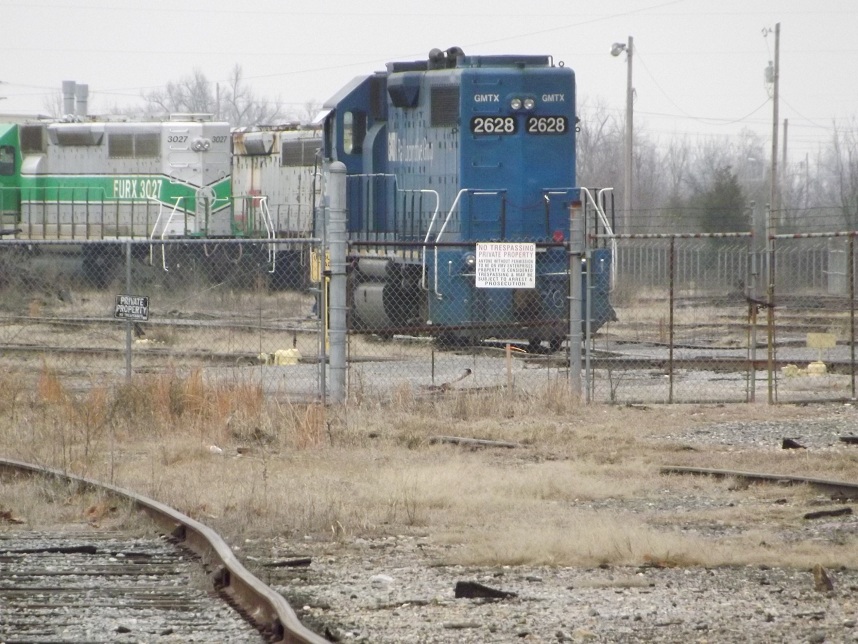 GMTX 2628, the lone engine on the VMV inbound track today. 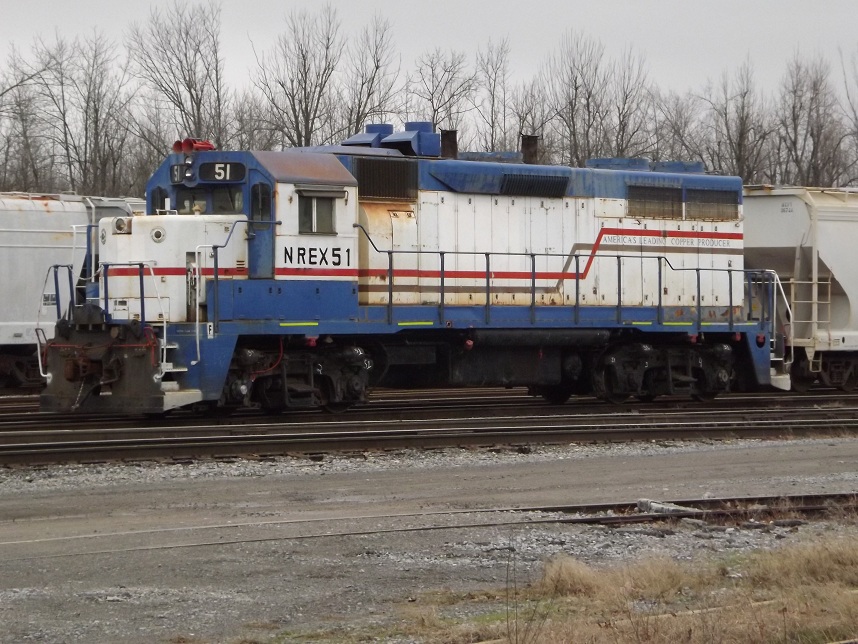 NREX 51 in north yard. Awaiting its return to work once it is picked up by the BNSF. Looking at the markings on the trucks, the unit must have gotten some wheel or truck work. Note the high air intakes and exhaust. The unit would leave the 24th and would be next spotted in Galesburg, IL on the 29th. Reportedly its home is around Morenci, AZ, at the copper mine should someone care to check the area out.