Near the summit of Rosine hill on the PAL. 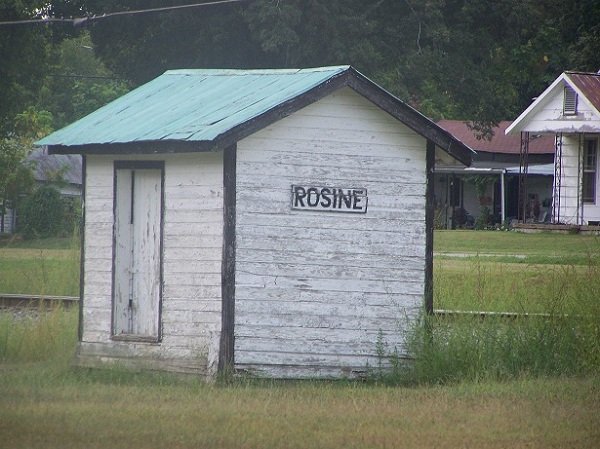 The first picture is the rear and railroad North sides. 8/17/11 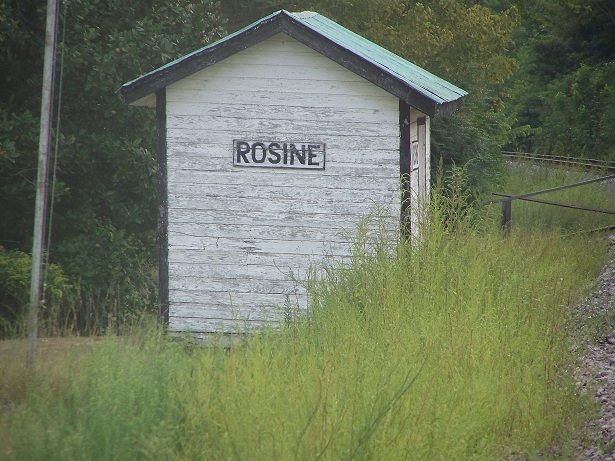 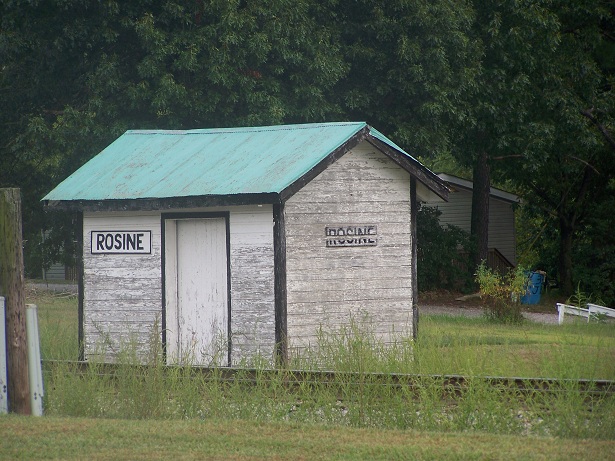 Third picture is the Front side and railroad south side. 8/17/11 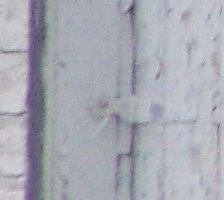 The final picture is a cropped image giving a better look at the details. 8/17/11

The station has no road going directly up to it, but there is a gravel turnaround behind which may have provided access at one time. Further, it is unclear where its the railroads or the neighbors currently own it. Ether way it clearly was on private property and nobody was around so I took the pictures fro the public streets. There are no other buildings or railroad features nearby just some houses and the only grade crossing in town.