PAL crosses the Green River on a lift bridge.

The bridge is only opened in times of high water. The controls are at the Paducah dispatchers office. Times when the bridge is in operation the dispatcher monitors the marine channels and talks with boats. Monitoring those channels is useful at those times as it should give clues as to were the trains are at. 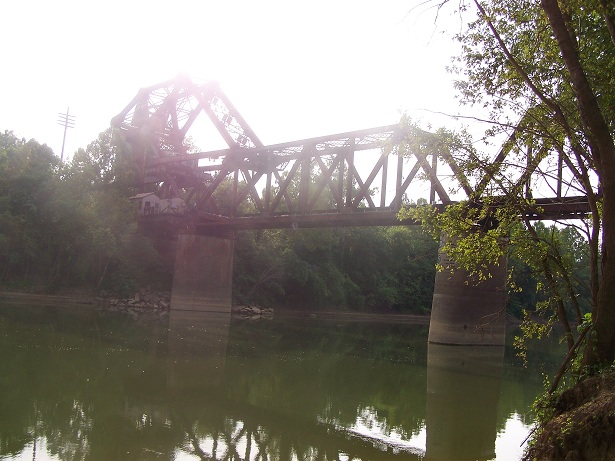 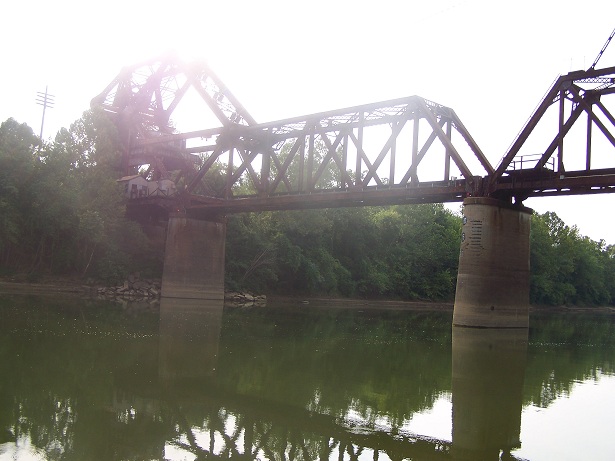 taken from the boat ramp. The location is tough to photograph with a trains as the view is strait north and the sun in the afternoon when the coal trains head North you end up shooting into the sun as in this case. The sun in these pictures is just above the highest point on the bridge. 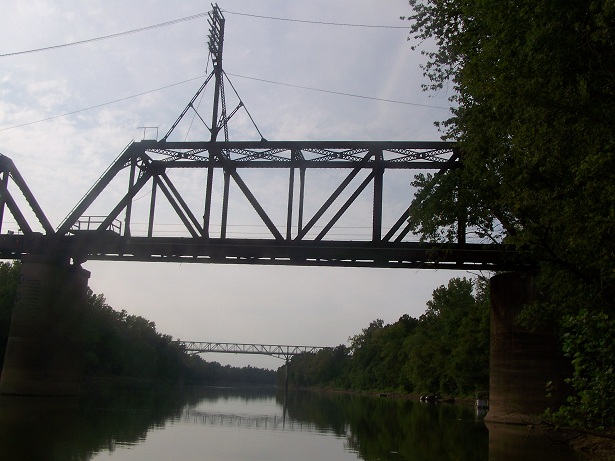 When visiting the bridge main street crosses the tracks and becomes the boat ramp and parking area. In the background is the US 62 bridge which is a bit higher and has no lift span. Behind me a little ways down stream is the TVA Paradise power plant but is currently served by the CSXT. Scrubber stone for the plant are trucked from the quarry on the FVRR rather than coming in by rail. Rail service is technically possible but TVA has been un willing to install railcar unloading facilities for rock.